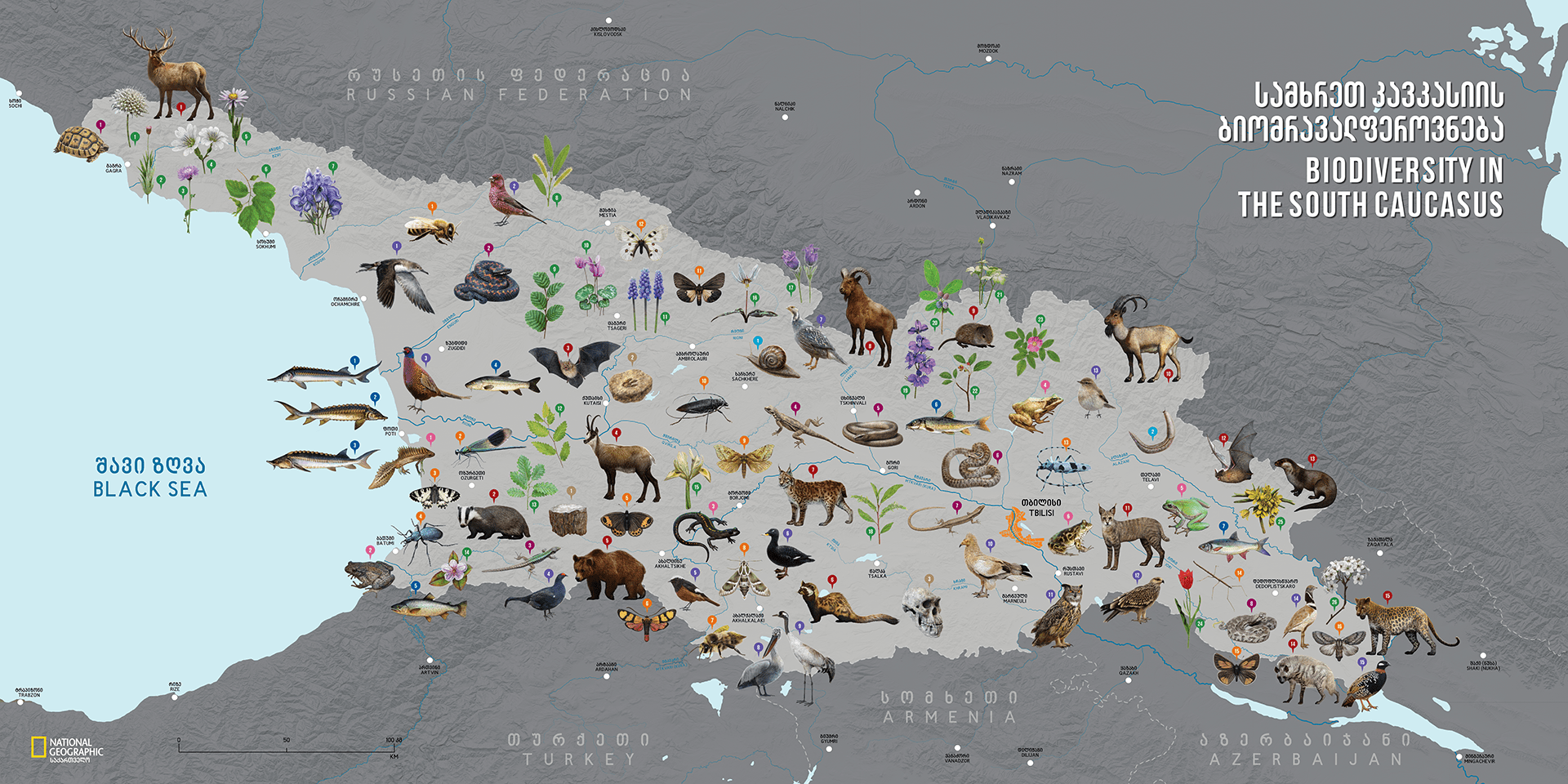 BIODIVERSITY IN THE SOUTH CAUCASUS

In collaboration with the National Geographic Magazine-Georgia and the Georgian National Museum supported by Silknet, the Map of Biodiversity in the South Caucasus and its website were recently created. In the first stage we have incorporated 120 illustrations and basic biodiversity information on species found in the South Caucasus (mostly Georgia) on the electronic version of the map. Each description, prepared by a field specialist, provides key information about each species. On the printed map there are 98 species represented, with their Latin, Georgian and English names and their conservation status according to IUCN.

The large scale (3m.X1.5m) printed version of the map is displayed at the Caucasus Biodiversity Exhibition of the S. Janashia Museum of Georgia.

In the future, both electronic and printed maps will be developed with additional species and habitats in neighboring countries.

Scientists from the Georgian National Museum have worked with species specialists from Ilia State University, with oversight by the National Geographic team of specialists who supervised the illustrators to create high quality images for each species represented on the maps.